If you're looking for a trusted and familiar green car that won't involve altering your driving style or habits, this small family diesel has your name stamped all over it. Ford has taken the UK's best-selling car, tweaked it to the max for efficiency and put it into production at an affordable price. The result is the ECOnetic.

The ECOnetic is aimed firmly at anyone interested in ecological and economic matters, clocking in with a best-in-class carbon rating of 115g of CO2 per kilometre. According to government rankings, that's as good as small family diesels get. The only small family cars that beat it are two petrol hybrids, Toyota Prius and Honda's Civic Hybrid. 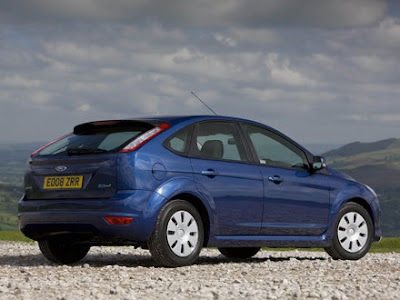 There's ample space in the back and boot. The boot easily took a large folded pram, for example

We certainly found the car to be miserly with fuel. For a long time, the fuel gauge needle appeared glued to full, and while we didn't manage the theoretical maximum 65.6mpg we did manage to get 55.6. That's better than the real world mpg figure of 52 that What Car? magazine found for the Prius. The economy and big fuel tank also means you can go a long way without visiting a petrol station. We got all the way from London to Cornwall and half-way back before needing a top-up.

The ECOnetic, it's clear, is greener than some of the greenest cars you can buy. It is worth pointing out, however, that its diesel engine will be creating more local air pollution (nitrous oxides and particulates) than a petrol hybrid. Whether that bothers you depends on your priorities on climate change and local air quality.

For the record, Ford says it achieved the ECOnetic's efficiency three ways. They all involve reducing friction -- it's 10mm lower at the front than a normal Focus, uses a low-viscosity BP engine oil and has lower-friction tyres.

You don't notice any of this in the driving experience, however. This thing drives and handles like a normal Focus, which is A Good Thing. Acceleration's nippy enough on the flat, steering is smooth and responsive at all the right times and the car's happiest on the motorway. Unlike VW's super-efficient Bluemotion Polo diesel, the gearing isn't unusual here, so there's no learning curve.

The only whinge we do have is the ECOnetic's performance on hills. We frequently found ourselves in a lower gear than we'd usually employ on gentle gradients. It's worth noting the engine, like most diesels, is also noisy -- even inside the cabin. 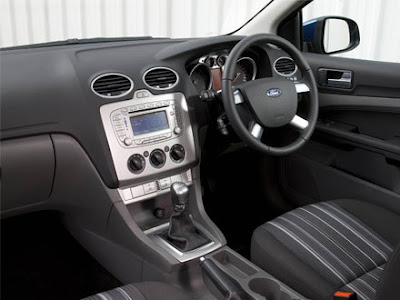 For the money, you get a plush and solidly built interior

And what about that cabin? For the money, it's a plush and solidly built interior, mixing standard mod cons with practicality. You get Bluetooth hands-free calling, voice control (which is actually a bit rubbish) and a parking distance sensor at the rear. On the practical side, there's a handy total of three cig charging sockets around the carry box behind the gear stick and ample space in the back and boot. The boot easily took a large folded pram, for example.

Looking at Ford's green and ethical track record overall, the company stands up quite well. The car-maker publishes a report that's comprehensive and impressive in the data it publishes, even by automotive standards. Ford has no investments in unethical businesses that we're aware of.
This is a very good car which, unlike Ford's previous explicitly green efforts -- Flexible Fuel Vehicle, we're looking at you -- has genuine mass appeal. And at £16,050, it's a few grand cheaper than the Civic Hybrid and the Prius. Even with diesel's price closing on petrol's, the ECOnetic is high on value for money as well as low on carbon.