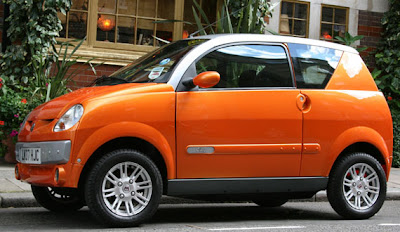 If you bought a G-Wiz to commute into central London without paying for parking, look away now. The City of London has just axed free parking for electric vehicles on-street and at car parks, leaving 539 EV drivers to face a £2,000 bill in 2009.

Ironically, the schemes have been axed because of their success. The City tells me the free parking has been shelved because 600 electric cars are entering its boundaries daily, adding to congestion. It says there are 13 tube stations in the City and that the green option is to use public transport rather than cars.

Electric car company NICE has laid into the move. "The City's Department of Environmental Services has said that free parking encourages people to use electric cars; surely that's the point?" says the firm, which makes the 40mph Mega City (pictured). "We think the City's decision has nothing to do with improving the environment and everything to do with short-term financial gain."

The City's timing does look out of step. An increasing number of London boroughs are adding offering incentives for switching to electric cars -- Westminster, Kensington, Camden and Lambeth already offer or are in the process of installing free charging points and parking. And just yesterday the Energy Saving Trust bigged up EVs as the future of green motoring.
at 7/25/2008 03:05:00 AM
Tags: cars news, electric cars