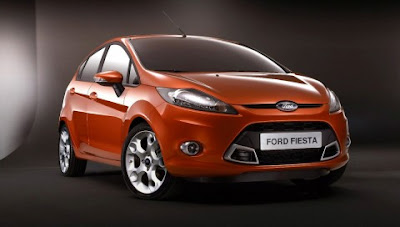 Hinkelmann is calling for Ford to start building its new fuel-efficient three-cylinder engine at the Cologne plant as an investment in the future to combat tough new fuel-economy and emissions regulations.

Currently the plant is responsible for the manufacture of over 200,000 V6 engines each year along with a smaller number of V8 and V12 engines destined for the Aston Martin stable.

However with a growing focus toward smaller, more fuel efficient transport, these figures hardly push the boundaries of the plants 560,000 annual build capacity.

Unfortunately for employees at the Cologne plant, Ford’s European boss John Fleming has suggested that a new engine plant in Craiova, Romania - a former Daewoo site - will likely be used to build the engine instead.

The new three-cylinder unit is likely to find its way into the Ford Ka in overseas markets in reponse to similar models being developed by Volkswagen, Peugeot and Citroen.

This predicament may be solved for both parties, with Ford CEO Allan Mulally announcing a new priority toward smaller cars and doubling its four-cylinder engine production as a result.