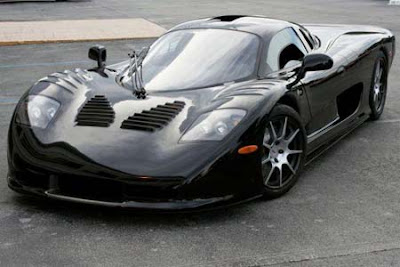 Two of the biggest motor sport companies in America, Nelson Supercar and Mosler, have created a new POWER-UP Tuning package for Mosler MT900S. This way the 600 hp super car was turned into an 1800HP monster. This Supercar is made o carbon fiber, a 7.0-liter V8 with 550 horsepower. “The Mosler MT900S road car was designed to be the extreme performance vehicle. In third-party testing it officially set nine performance records, including 0 in 3.1 seconds,” says creator Warren Mosler. “Now that it has passed its testing phase with flying colors, delivery can begin in very limited numbers to a discriminating coterie of racers, collectors, and investors.”

As standard for the US market the car is fitted with Corvette brakes for ease of servicing, while for Europe, the brakes have been upgraded to diameter grooved and drilled ventilated floating disc brakes with 6 pistons Wilwood alloy calipers front and rear to provide massive stopping power. The owner helped Nelson Racing Enginesin Chatsworth, CA to build the ultimate motor: a twin-turbo 427 ci V8 producing up o 1800 horsepower on race fuel and around 1100 horsepower using 91 octanes.

To make the car more “streetable”, boost can be controlled every 100rpm in each gear. The first few gears are limited to around 6-8 psi. The dyno run was nearly 1600 horsepower before the intake collapsed from the pressure. The car should be completely finished in the next weeks.

Last year the Car and Driver Magazine took for a test-drive one version of Mosler’s 600HP that reached in just 3.1 seconds. They described a car as a “speed violent” and “reflexes of rally car”. Can you imagine a ride with Mostler MT900S 1800HP?