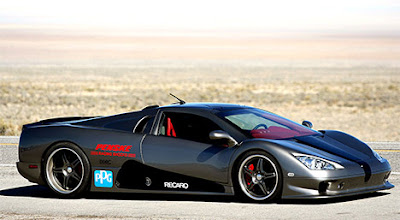 Introducing the Ultimate Aero Electric CarShelby SuperCars makes the kind of cars that have over a 1,000 hp and can reach 250 mph. Not what you'd immediately associate with "low emissions" and "powered by clean energy", but the times they are a-changin'. Shelby's next hyper-fast car will be an electric vehicle.

Based on the SCC Aero (pictured above), the Ultimate Aero EV should break electric car speed records (as as we've seen in our overview of 17 electric cars, some of them are speed demons). "Powered by a 500 horsepower electric motor, the Ultimate Aero EV will have true supercar performance. Additionally, SSC is exploring the potential of a twin 500 horsepower electric power plant producing 1,000 horsepower in a 2 or 4 wheel drive configuration." We bet the version with 2 motors can turn you into jelly just with the acceleration G force. 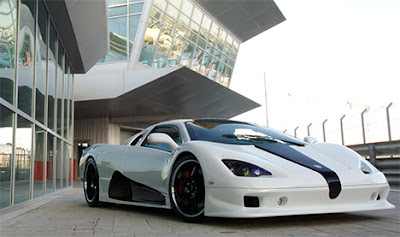 The weirdest thing (which might be a mistake) in Shelby's press release is this sentence:
"The drive train under development will feature a revolutionary power source allowing for extended time between charging intervals with the possibility of several years between charging."

Years? What are they talking about? Unless they mean that the Ultimate Aero EV is going to be a series plug-in hybrid and that you can run it on gasoline via a generator, it's simply not a very believable statement. 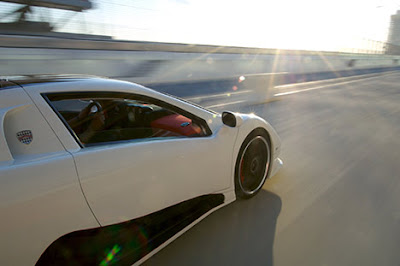 What Role Do These Super EVs Play?

We don't expect everybody to start driving Shelbys anytime soon. These cars are important because of the R&D that goes into them, but also because they are 'halo' cars that will inspire generations of young boys and car nuts to look at electric cars. It might even help produce the next generation of engineers that will be more interested by batteries than by cylinders. 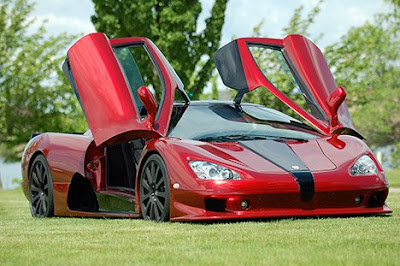