Why Can't Our Cars Get Better Mileage?

One reason is that the National Highway Traffic Safety Administration underestimates the price of gas. 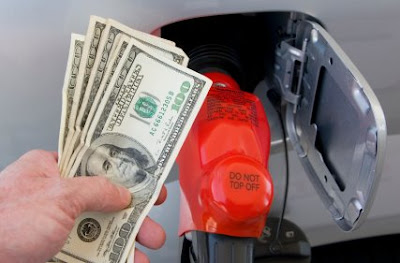 In April, the U.S. Secretary of Transportation proposed new CAFE (corporate average fuel economy) standards that would increase the average efficiency of passenger cars and light trucks by 4.5 percent per year from 2011 to 2015. A lot of people wondered why the federal government wasn't aiming higher.

One reason became clear when the National Highway Traffic Safety Administration (NHTSA) released its Draft Environmental Impact Statement for the new standards last week. Buried in the 414-page report is a "sensitivity analysis" of the economic costs and benefits that would result from raising fuel economy standards. For this analysis, NHTSA relied on a "high-case" gasoline price of $3.37 per gallon for the years 2011-2015, and a "low-case" scenario of $2.04 per gallon. These prices came from the U.S. Energy Information Administration's "Annual Energy Outlook 2008 Early Release."

By underestimating gas prices, NHTSA also underestimated consumer demand for fuel-efficient vehicles. And that is one of the factors that led the agency to conclude that it would not be feasible to raise CAFE standards to more than 35.7 mpg for passenger cars by 2015, and 28.6 mpg for light trucks.

NHTSA says it will reconsider its analysis if the Energy Information Administration raises its estimates. For now, though, the price at the pump doesn't seem to matter.