An anonymous inside source has contradicted claims that Ferrari is holding up fine during the global financial crisis, claiming that things are not as rosy as the Maranello automaker would have us believe. According to the source, mainline production of the four-seater Ferrari 612 Scaglietti has been halted among other issues.

The insider also revealed to Edmunds that the newly launched entry-level California model has caused sales of the F430 supercar to drop significantly, although the 599's order books are still filled for the next couple of years. Rumors that Ferrari may have to lay off around 300 or so workers soon are still circulating, and analysts are predicting that Ferrari will have to cut back staff in 2009 in order to slash costs.

Additionally, the anonymous insider spoke of Ferrari's new sponsorship deal with Indian conglomerate Tata. Tata's involvement with Ferrari has been known for some time, and the company routinely sent a team of engineers to every F1 race this season. The ties between the two companies also stretch beyond motorsports, and the head of Tata, Ratan Tata, is also already heavily involved with Ferrari’s parent company Fiat, joining the Italian carmaker’s board back in 2006 after he was recommended by the Agnelli family. Tata and Fiat are already tied up over an engine supply deal, and Tata is contracted to build the Fiat Grande Punto and the Fiat Linea for the Indian market.

While there has also been talk of Tata taking over Marlboro's position as Ferrari's number one sponsor, other reports have countered those rumors, claiming that the Tata name will not appear anywhere on Ferrari F1 cars, racing uniforms or merchandise, but rather the company's corporate logo will be seen. 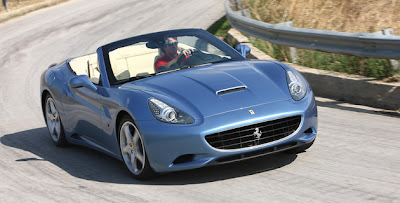