According to a report in Japan’s Nikkei newspaper, Toyota is busy developing a solar-powered car. The car will use solar panels to charge an electric battery that will run the vehicle. While a portion of the juice comes directly from these solar panels, the other part comes from electricity generated by solar panels on roofs of homes, which sounds more like “any electricity outlet,” because there doesn’t seem to be a huge difference with a simple electric outlet and a plug getting juice from solar cells (in operation at least).

Toyota, does not appear to be in the mood to stop at just that. It is believed that a future model will be powered entirely by solar cells. Now that is something worth praise. In any case, the solar-powered Toyotas aren’t coming to the roads anytime soon so expect a long-long wait. Toyota has not confirmed or denied these rumors yet. 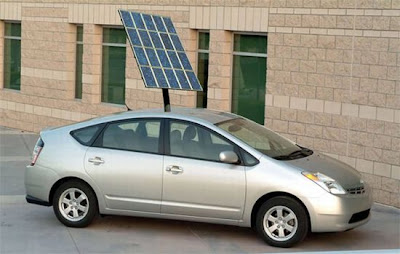