Wind and solar powered car to burn the tarmac at 155mph 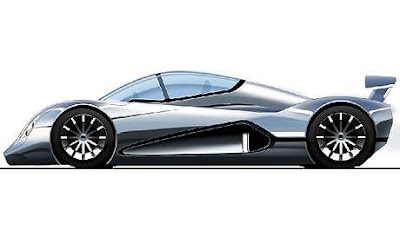 The Formula AE, with a prototype expected to come as early as August, could be a breakthrough in clean energy powered cars. Power will mainly come from paper-thin solar panels on the car, capable of fully charging the car in just 1.5 hours, the makers currently are looking at another battery prototype that will be fully charged in a seemingly impossible six minutes. A full charge will allow the vehicle to go 200 miles before the battery runs out.

Four air intakes, two at the front and one each on the sides, will channel the air towards a turbine, taking care of about 20 to 25 percent of the car’s electricity needs. Wind power acts as an auxiliary source of energy, ensuring the solar powered battery doesn’t drain out too fast. An alternating current induction motor will provide a mighty 212kW power to the car, allowing it to reach 155 mph top speed; with a zero to 60mph taking less than four seconds.

To keep the car light, the body and chassis have been built of lightweight aluminum and super strong steel, in a monocoque design. If the car makes it to production, it is likely to cost £100,000.