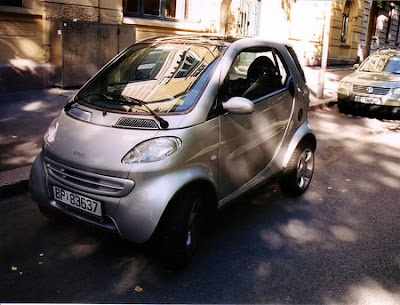 Daimler was not so forthcoming about their EV Smart till it didn't pass around a hundred tests or so, and apparently since the car has done sufficiently well in those tests, the car will be on the roads by 2010. This tit-bit was announced by none other than the company CEO Dieter Zetsche. Hopefully this announcement has nothing to do with the fact that the Chevy Volt is scheduled to come out in 2010 as well. Little else is known, except that the company is undecided whether it wants to sell or lease the batteries. Leasing does lower the up-front cost, but continued cost of ownership may be an issue. Neither pricing nor US release has been indicated.
Via - Greenlaunches
at 7/25/2008 05:40:00 AM
Tags: Smart