SEAT has announced pricing and specification details for its new Exeo saloon.
Available in April, the car will cost from £17,740 -  and will be offered in S, SE, Sport and range-topping SE Lux trim levels.

Drivers will be offered a choice of three engines, all of which will meet Euro V emissions standards.

Most popular will be the common rail turbodiesels producing 141 or 168 bhp, while flagship models will get a potent 198bhp turbocharged petrol.  All three cars get a six-speed manual gearbox.

Meanwhile, the Exeo is capable of up to 51.4 mpg (on the combined cycle) with an official CO2 emissions figure of as little as 143 g/km. 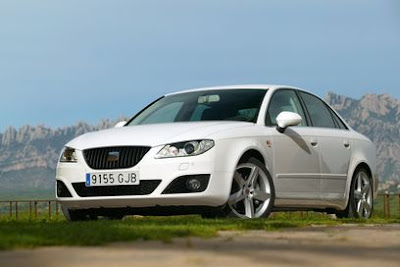