Nissan brought out Altima, the hot selling car in 2001. The Japanese automaker introduced its second generation in 2006, toughening the sedan’s popularity. With an aim of broadening its overall appeal, Nissan introduced a hybrid version of the car in January. And the much-awaited coupe has at last arrived.

When compared with other coupes, the Altima is not just a two-door version of the sedan. The engineers from Nissan has shortened the wheelbase by 101 mm,
Cut the overall length by 185 mm and lowered the height by 66 mm, giving the coupe a handsome look that could turn heads. 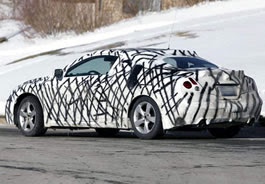 The coupe has the only sheet metal shared between two- and four-door Altimas is the hood. It has been endowed with a pair of idiosyncratic bucket seats with striking side bolsters for extra lateral support. The back of the coupe is a 60/40 split rear bench that extends the cargo space. The feature is ideal for a weekend of skiing or to hold few odds and sods from the store. It has a more conventional parking-brake hand lever substituting the sedan’s foot-operated control.
Power is the other big difference between the models. The base car is equipped with a 2.5-litre four-cylinder that successfully generates 175 horsepower and 180 pound-feet of torque, which is more than enough to be amusing when mated to the six-speed manual box. A big part for the spirited drive is attributed to the transmission’s close ratios and a light, progressive clutch that puts the bite point in the precise place.