Supercharged Lotus Evora On The Way With At least 350hp 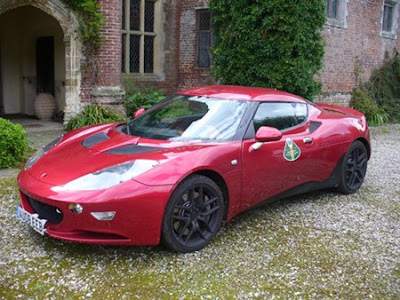 This is just too good to pass up and not mention, Lotus makers of all things light and tossable, have already announced a variant for their upcoming, but not-out-to-the-public Evora 2+2.

Boasting an output of at least 350 horsepower, the Evora variant will use the same 3.5L Toyota-sourced V6 as the base model, only with a blower firmly attached. Torque will also be bumped up to nearly 300 lb-ft mark in production form. Given the cars already light weight, those figures should be enough to scoot the Evora SC to 60 in 5 seconds flat and boost the car’s terminal speed to 175 mph, according England’s to Autocar Magazine. Although it is expected to arrive on the market in May 2009, the super charged version is slated to arrive sometime in 2011.

Lotus is keeping busy with even more versions of the Evora after the jump.

In addition to the upcoming SC, Lotus is working on a more luxurious versions of the Evora aimed squarely at the higher end of its current list of high-profile clientele. Lotus is also working on an [shudder] automatic transmission for the Evora, largely due to strong demand in the U.S. [What the hell is wrong with you people?] The Lotus with the slush box (I can’t believe I’m writing that) will come well past the introduction of base Evora. “Right now, it’s looking unlikely that we’ll have the auto version next year,” a Lotus spokesman told Autocar. “There’s quite a lot of development work still to be done on it.” Let’s just pretend he didn’t say that and move on, shall we?

Wait, there’s STILL more versions of this car in the pipeline.

Lotus is working on a roadster version of the Evora. The drop-top Evora will sport a retractable metal hardtop, which, although adding weight, will not be overly heavy. Engineers at Lotus are working hard to ensure the unit doesn’t compromise the car’s overall handling. Expect the Evora roadster in showrooms in late 2010.