Who needs a hybrid?

Green is for sale. But who’s buying? Seriously, who needs a hybrid? Without question, fuel-saving technology is essential both for automakers who hope to compete in the next decade and for a nation stricken by energy problems. But if you dig through the sales numbers over the past few months, it’s easy to see that more consumers are asking whether the extra cost of a hybrid-electric car is really worth it. 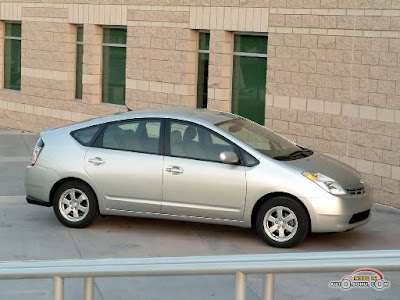 In December, sales of Toyota’s Prius—the standard bearer of all hybrids—fell by a whopping 45%. In November, sales were off 48%. During those two months, gasoline prices plummeted below $2 a gallon. This proves that America hasn’t turned truly green. More likely, they turned red at the pump back in July when gasoline prices topped $4 a gallon. People fled their suvs and bought smaller cars and hybrids like there was a fuel shortage.

But once gasoline prices fell back to levels that Americans have normally paid, they pulled back on hybrid purchases. Toyota has indefinitely delayed its plans for a Prius plant in Mississippi. Toyota isn’t the only company feeling a pinch. Ford’s Escape hybrid and the competing Saturn Vue hybrid both saw sales sink by more than 40% last month. And the hybrid Civic? Off almost 70%. Ouch.

Jim Lentz, President of Toyota Motor Sales USA, notes that for the year, hybrid sales fell only 12%. That shows better staying power than a car market that fell 18%. His point shouldn’t be ignored. He is also right when he says that in the long run, gasoline prices will rise and hybrids will be a better sell. Plus, he says, 80% of Prius owners trade in for a new one. That means the existing buyers keep coming back.

But annual numbers are padded by the huge fuel-price spike of the first half of the year. Recent months show that when gas prices fall, consumers aren’t buying. This creates a huge dilemma for car companies and policy makers. New fuel economy rules will mandate fuel-saving technology. Carmakers the world over are pushing hybrids and other fuel savers to market. But without a hit to the wallet, Americans still aren’t sold on them. Without a price spike—or a tax on gasoline—carmakers will once again be caught between a policy that demands fuel economy and an American consumer who remains indifferent.
at 1/10/2009 04:37:00 AM
Tags: hybrid
Newer Post Older Post Home