Looking for parking? Get online 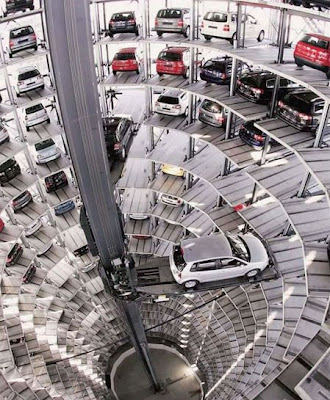 The next time you plan to going shopping, it might be better to go online first to see if you have a parking space instead of going around in circles at the venue. Looking for parking is biggest pain after the money we spend on fuel, in fact in many cases that's where fuel is spent for most people. However that's not to say for the citizens of San Francisco. Around 6,000 wireless sensors from the San Francisco company Streetline will be fixed alongside as many parking spots, monitoring both parking availability and the volume and speed of passing traffic. The city hopes that displaying information from the sensors on Web maps, smart phones, and signs on the street will reduce the traffic and pollution caused by circling cars. Some parking garages also have signs that tell drivers where the available spaces are, but such systems generally rely on manual car counting, not sensors. In San Francisco, however, clusters of plastic-encased, networked sensors are embedded in the surface of the street. The main sensor in the cluster, which is commonly used to detect cars, is a magnetic one. Magnetic sensors detect when a large metal object locally disrupts Earth's magnetic field. One challenge with magnetic sensors is avoiding false positives.
SmartMesh and Streetline's technology combined gives the nodes an average lifespan of 10 years on only two AA batteries. There are others who feel that London's congestion charge is a better way to reduce the number of cars on busy city streets.
at 7/26/2008 06:23:00 AM
Tags: Life