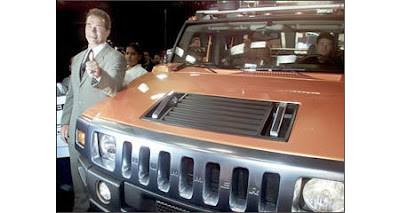 The growing wealth and prosperity of the APAC region especially China and India was a cause of worry for Mr George Bush, because according to him the increased consumption of fuel, food and natural resources were driving global commodity prices up. But little did Mr Bush know that even after a decade of strong economic growth China consumes less fuel than California, hell except for the US, California alone uses more gasoline than any country in the world. Its surprising for a state with 36 million people to consume 20 billion gallons of fuel which is more than a nation of 1 billion, India. With an average median household income of $54,000 compared to India's puny $1000 how a single Californian consume more transportation fuel than 30 Indians makes sense. But again in Asia masses use compressed natural gas, mass transportation, bicycles or good old walking to get around. In California, it's not unusual for a family of four to have four vehicles, and for each member to drive his or her own separate way, every day!