230 mph, 8-Wheeled Electric Car May be On Sale Soon

If the Tesla Roadster just isn't enough for you...not fast enough, not weird enough, and not expensive enough, then you should probably start looking out for Eliica's. Just two of these Japanese peculio-mobiles currently exist, but the Eliica team is looking to get corporate sponsorship to produce 200 of them.

Now, I know what you're thinking...why eight wheels? Well, very simply, so it can go faster. Traditionally, more rolling resistance would be a bad thing, but not if each of the wheels has its own 60 KW electric motor.

The goal of the team building the car at Keio University is to beat the world EV speed record, currently set at 400 mph. 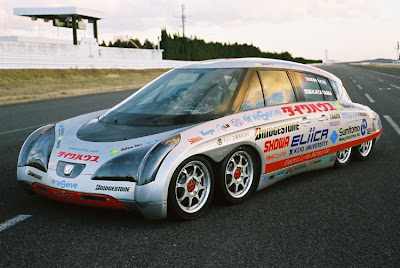 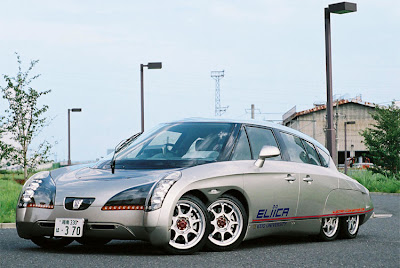 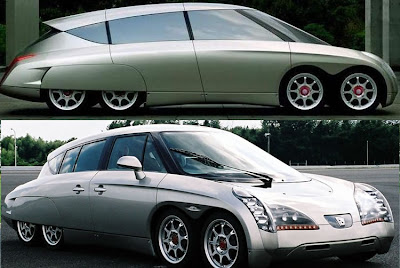