Acura NSX Supercar is NOT Dead?

Autotelegraaf is reporting that Honda will be bringing the near-production NSX concept to Detroit in 2009. Apparently, their reporters did not do a great deal of fact checking.

On Honda's British web site, a summary of CEO Takeo Fukui's end of the year speech is available. Under the "R&D" section, the wrap-up clearly states, "The development of the NSX successor model equipped with V10 engine will be cancelled."

In his speech, Fukui indicated that the current state of the economy has forced the company to take a fresh look at their priorities. Since Honda will substantially allocate resources for energy efficiency and green technology, a 600 horsepower supercar may no longer fit into their plans.

Perhaps they will introduce the Honda / Acura NSX with a different engine. However, that could conflict with CEO Fukui's vision of a car that is better and faster than the Nissan GT-R.

The full press release from Honda is below. Mention of the NSX is at the top of page 2.

Autotelegraaf reporters believe the Japanese manufacturer may debut a Honda or Acura NSX production model at the end of 2009 during the Tokyo Motor Show. Sadly, this looks like wishful thinking.

We can't blame Autotelegraaf for dreaming. We hope Honda revives the NSX, too. 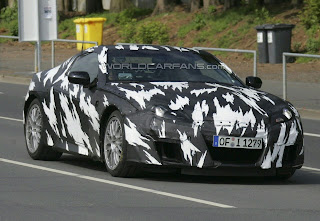 - The development of the NSX successor model equipped with V10 engine will be cancelled.

- The start of operations at the new R&D Center in Sakura, which was scheduled to become fully operational in 2010, will be delayed.

- Honda has decided to withdraw from all Formula One activities, making 2008 the last season of participation.

- While reassessing investment priorities, Honda will concentrate its investments on initiatives which enable Honda to survive in the rapidly changing world and achieve continuous future growth.

Since the establishment of the company, Honda has been consistently pursuing advanced environmental technologies in every business area. More than ever, Honda will concentrate its resources on the development of fuel-efficient products.

The keys to achieve this goal are advancements of electromotive technologies including hybrid models as well as motorcycles and small cars.

By concentrating the focus of its technology and product development efforts largely into these two areas, Honda will strive to achieve a breakthrough under the difficult business environment.

Hybrid models
Honda recognizes hybrid technologies as the most realistic path for CO2 reduction at this moment.

To effectively utilize fixed resources, Honda believes it is most important to focus all of our energy on hybrids and achieve mass market penetration as soon as possible.

All-new Insight
The all-new Insight, which will make its world debut in Detroit early next year and achieve both excellent fuel economy and an attractive price has been a pioneer model toward mass market penetration for hybrid vehicles.

It will offer convincing economic benefits for customers through its excellent fuel economy. At the same time, the all-new Insight will also enable drivers to feel the joy of driving through its zippy, yet light and comfortable driving performance.

Insight sales are scheduled to begin in spring 2009. As for the price, which is the key factor for mass market penetration, Honda is targeting to offer a starting price below 2 million yen in Japan.

The all-new sporty hybrid vehicle based on the CR-Z will go on sale by the end of 2010. This vehicle is being developed to become a model which offers new value of the 'joy of driving' which only a hybrid vehicle can offer.

Honda will enhance its hybrid lineup while considering the possibility of applying hybrid technology to medium to large-size vehicles.

Production
Honda will also strengthen its manufacturing system to support sales of hybrid models. As for the hybrid motor, which is one of the key components of a hybrid system, production on a new assembly line added to the Suzuka Factory just began last month (November 2008).

Combined with the 70,000-unit capacity of the first line, total motor production capacity will be increased to 250,000 units annually. Honda will establish a production system and the capabilities to be prepared for a further increase in demand for hybrid models.

Small car model
Along with hybrid models, Honda will focus on and accelerate product development of small cars for which an increase in global demand is expected.

To minimize the impact of raw material prices, which fluctuate based on various external factors, Honda will build products with a minimal reliance on expensive materials, which will enable Honda to offer its customers products with stable cost competitiveness.

In order to fulfill strong demand from customers, especially in newly emerging countries where motorization continues to advance, Honda is making progress in the development of a new small car which will be positioned in the class below Fit with a goal to introduce it to the market in two to three years. 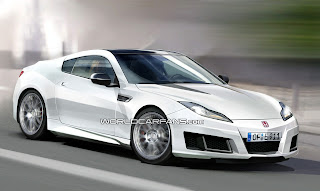 To further enhance its product strengths in the small-size vehicle segment, Honda will make progress in the development of small-size diesel engines.

To concentrate its resources on hybrid models and small cars, the introduction of medium to large-size diesel models in the U.S. and Japan will be delayed.

Motorcycles will support Honda in the difficult business environment

Honda’s toughness in meeting changes in the business environment comes from the global business foundation built around the three axes of motorcycles, automobiles and power products.

History shows that motorcycles remain strong in a difficult market environment and have always supported Honda in difficult times. People showed renewed interest in the value of motorcycles which consume less fuel for commuting purposes as well as for their easy-to-own/easy-to-use efficiency.

In the newly emerging countries in regions such as Asia and South America where motorcycles are being used for everyday transportation, long-term and steady market growth is expected despite some external factors such as changes in economic conditions.

All-new Wave 100
Honda is planning to install PGM-FI to all motorcycle models sold in Thailand by the end of 2009. The most important model for this FI strategy, Wave 100, will undergo a full model change in January 2009.

Wave 100 series, which is based on the Cub and thus can be called the "Asian Cub," has been a key model for Honda with annual sales of approximately 2.6 million units in seven countries mostly in the ASEAN region. With the all-new Wave 100, fuel economy was further improved. Moreover, by unifying product specifications as a strategy to pursue smooth introduction to multiple production bases, it was possible to achieve improved efficiency during the development and startup of production as well as significant cost reduction. After the introduction in Thailand, the all-new Wave 100 will be introduced sequentially to other ASEAN nations.

Power Products
In its power products business, Honda will focus also on the development of energy creation products to support a mobility society which includes automobiles and motorcycles. 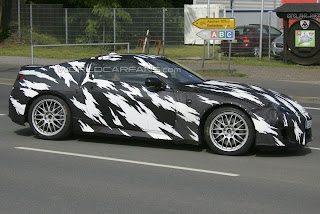 Solar cell business
In October 2007, Honda Soltec began production of thin-film solar cells for residential use. In October 2008, the company entered the solar cell market for public and industrial uses in order to accommodate demands from more customers.

Mini-tiller
Targeting the rapidly growing demand in the home gardening market in Japan, Honda will introduce a new mini-tiller with a cassette gas-based engine in spring 2009, under the product name Pianta. Honda aims to cultivate new demand by introducing a new product which uses inexpensive and easy-to-handle cassette gas as fuel source.

Conclusion
As we face the next year, while hoping for the earliest recovery of the global economy and the market situation, Honda will develop business plans based on an assumption that the situation will worsen next year and will navigate the company through this challenge.

Especially because this is a difficult time, Honda will not be overwhelmed by immediate matters, but rather, effectively utilize company resources to ensure the steady implementation of long-term initiatives which must be undertaken such as the advancement of environmental technologies. The result of the company’s decisions this time will certainly be realized in the form of attractive new products and technologies in several years. Honda will continue making progress based on the belief that Honda’s new growth potential will become evident beyond that point.

Honda is a company driven to achieve continuous growth by the dreams and passions of each Honda associate. Especially when the company faces difficult times, each associate will maintain a high level of initiative and continue challenging.

Honda will continue earning even more smiles from its customers by creating attractive new products which only Honda can create.