Toyota Canada announced the pricing on the 2009 Venza crossover, and also stated that their vehicles would get an average of 1% in price increases. 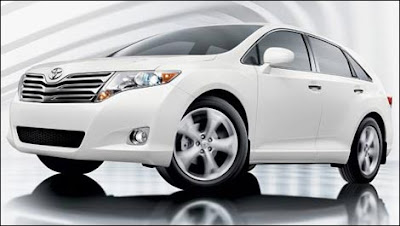 The Venza AWD goes for $29,720 and adds a power-closing liftgate. It's also available with a $3,440 Premium Package that adds heated front seats, a power-adjustable front passenger seat, leather, woodgrain interior trim, a power-opening tailgate, a backup camera and a panoramic sunroof.

The $29,970 Venza V6 gets 268 horsepower from its 3.5-litre engine and 20-inch alloy wheels, and the $2,020 Premium Package adds the power-opening tailgate, backup camera, panoramic sunroof as well as an alarm system.

Finally, the Venza V6 AWD costs $31,420 and can be equipped with several packages that include navigation, xenon headlights, Bluetooth connectivity, an upgraded sound system with 13 speakers and keyless start. A fully-loaded Venza reaches $39,345. 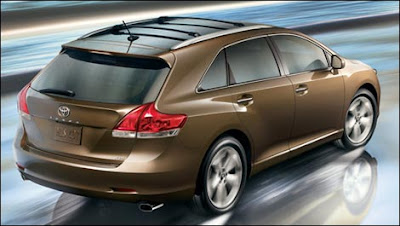