Indian carmaker Tata Motors will offer a micro-hybrid version of the Nano—its ultra-affordable small car—according to a leading Indian business television channel. Micro-hybrid technology allows a vehicle to reduce fuel consumption and emissions by about 5 to 10 percent.

The report on CNBC-TV18 said that Bosch, a leading German engineering firm, will supply the micro-hybrid, also known as a stop-start system, which automatically turns off the car’s engine while the vehicle is not moving. Bosch already supplies fuel and braking systems to the Nano. 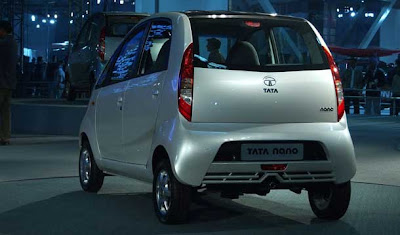 CNBC-TV18’s Sumantra Barooah said that the micro-hybrid technology would add 4,000 to 6,000 rupees to the Nano's cost—meaning an additional couple of hundred dollars. Barooah said, “It becomes a challenge to how much the engineers can control the cost of this technology.” With the micro-hybrid Nano, Tata will attempt to use the auto industry’s least expensive hybrid technology in the world’s least expensive car.

Micro-hybrids can be deployed at a much lower cost than full hybrid systems, and are therefore forecast to become widespread as countries adopt tighter standards for fuel economy and fuel emissions.

In his report, Barooah said that a micro-hybrid version would join diesel and all-electric variants of the Nano. The micro-hybrid technology will first be rolled out in the Tata Indica.

Tata created an international stir in January 2008 when it unveiled Nano, claiming that it would be the world’s cheapest car. With a starting target price of approximately US $2,500, the Nano could make private car ownership accessible to tens of millions of Indian citizens. Tata nicknamed the Nano as “the people’s car.”

While the four-passenger vehicle would be aimed primarily at the Indian market, the 33-horsepower Nano could have an impact in other global markets—if the car could be proven safe and reliable. To reach major markets throughout the world, the Nano would also need to pass emissions standards—an issue which could be addressed by using the micro-hybrid technology.

Tata aimed to begin an annual production of 250,000 units of the Tata Nano in 2008, but has not announced that production has begun. There’s no indication when the micro-hybrid and electric versions of Nano would be scheduled for production.
at 1/04/2009 08:39:00 PM
Tags: cars news
Newer Post Older Post Home