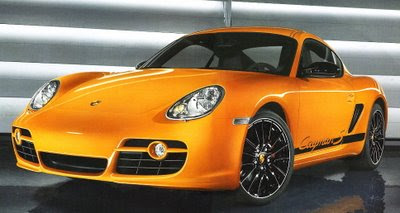 The first official image of the forthcoming Porsche Cayman S Sport has been leaked into the net. Details are scarce for now but it is said that the Cayman S Sport will get an extra 8Hp raising total output to 303 Hp along with the Porsche Active Stability Management system and a 10mm lower suspension.

In terms of styling, it is evident that the new Porsche Cayman S Sport’s orange / black theme was inspired from the 911 GT3 RS (check out the picture below). From what we gather it won’t be long before Porsche reveals all the official details on the Cayman S Sport model, so stay tuned. 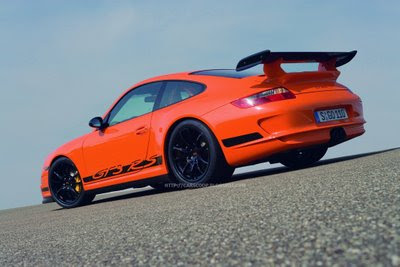