When you look at the S54B32 engine code, it tells you that the engine is a Sport engine from the 54 engine family (S54), is fuelled by Benzine (B), and is 3.2 liters in displacement (32). It uses a cast iron block (to withstand the high pressures), graphite-coated cast aluminium pistons, high 11.5:1 compression, double VANOS, electric throttle operation and one throttle per cylinder.

It won the International Engine of the Year award for the year 2001, together with the Best New Engine award. The engine also took the 3.0 liter to 4.0 liter engine honour from 2001 to 2006.

The N54’s peak horsepower output is lower than the S54’s highest rated horsepower but the N54 offers so much more torque - between 400Nm to 450Nm depending on whether it’s in a 1/3-Series or the new F01 7-Series. The torque is also accessible across a much wider range, making it a much more practical engine for daily driving. Thus the “successor” in terms of engine at least to the Z4 M is the new Z4 sDrive35i, but we all know there’s going to be something more exciting when the new Z4 M comes out. 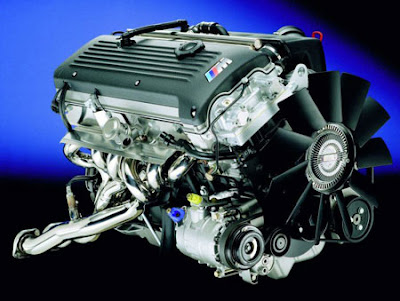