Fisker's Karma plug-in hybrid sedan may be one of the most attractive designs to take electricity to four wheels, and it's soon to get a stablemate. The company released information today that they will be debuting a new concept that bears the name Karma S at the Detroit Auto Show, with the S standing for Sunset.

Nothing else about the car is yet known, however. The photo reveals very little, showing only a front fender and door line that appears to resemble the Karma very closely. A lack of B-pillar and a generally bright look to the interior hints that this might be a convertible, which works well with the Sunset theme.

A flashy new door insert that looks as if it could also double as some sort of engine bay vent extends a swooping flare down the side of the car as well. The split-spoke alloy wheels are also of a different type than those of the Karma, though they do share a sort of familial look. 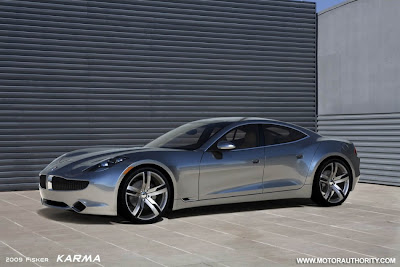 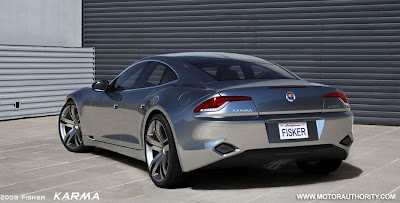