First hi-res images of the Audi A7 Sportback Concept (the nameplate on the car seems to say Audi Sportback Concept) set to be displayed at the Detroit Auto Show tomorrow have been unveiled on the internet. The front-end looks alot like the ones shown on the Audi metroproject quattro and its evolution, the Audi A1 Sportback Concept, except the front grille loses the vertical slats, leaving only the horizontal ones.

It has a fastback roofline, more like the Porsche Panamera rather than the Aston Martin Rapide, which might lead some to think its going to have a hatchback boot, but a look an image of the rear after the jump and you can see the bootlid’s lines do not really meet the rear glass in a way that a hatch would, but then again Audi could also be doing a hatchback-sedan dual bootlid combo much like Skoda’s new Superb.

The Audi A7 is said to be larger than the Audi A6 and built on the new Audi MLP platform, which is modular in terms of length and width to suit different sizes of cars while retaining many components in the interests of economies of scale. 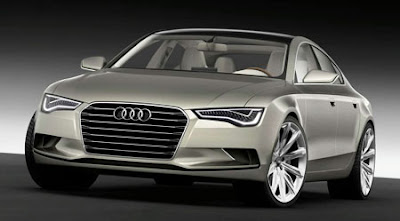 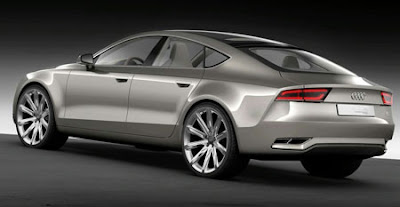 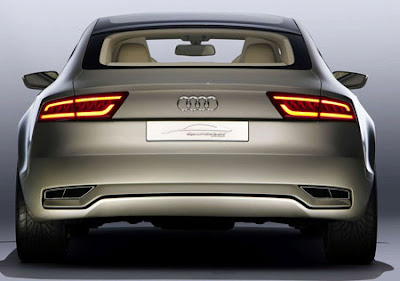